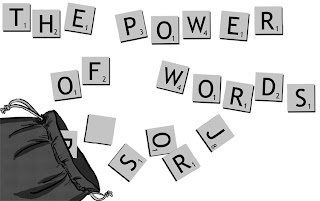 Negativity kills - literally!
The highest POW death rate in U.S. history occurred during the Korean War. Crazy thing is that the Korean Military did NOT use any physical abuse or torture. In fact, fewer cases of torture or cruel punishment were used in this war than any other American involved war. All POW's had adequate food, shelter and water. Yet, why were so many soldiers killed?

American soldiers were not hemmed in with barbed wire and no armed guards surrounded the camps. Yet no soldier ever tried to escape. What's even crazier is that American soldiers broke rank and turned against each other and developed loyal ties to the Korean Military!

Some soldiers had such despair that they would crawl into corners, pull blankets over their heads and simply die within days.

Again, I ask, why were so many killed? Upon returning to home, these soldiers often would not make any contact with any relatives or loved ones. A new disease developed - hopelessness.

These soldiers had completely given up - mentally and physically. How did the Koreans accomplish this? The Koreans denied any emotional support that could be achieved through interpersonal relationships. Koreans had the POW's use negative communication toward each other. NO POSITIVE COMMUNICATION EVER REACHED THESE POW's!

My point? Our words, attitudes, actions and emotions towards each other are more powerful than we realize. I have read a proverb that says something like, "Death and life are in the power of the tongue. They that love it, eat the fruit thereof."

Effective leadership involves deliberate, positive communication that empowers and motivates others. Write 3 to 5 little sincere, deliberate notes of encouragement to people in your life and post the effects these notes had on others as well as yourself!
Posted by B Fritz at 7:06 PM